If you’re looking to get harder erections naturally, I’ve
got some good news for you… The vast majority of you are going to be able to fix this thing with no shots, no artificial hormones and no prescription medications.

Because all you need to do is execute one simple strategy that’s going to bring on those harder erections faster than you can say the words Morning Wood.

You need to make a promise to yourself that you will not climax, unless you’ve got another warm body in the room with you.

Sounds simple right?  That’s because it is.

This plan will work like black magic for 80 percent of you, and even higher in the 30 and under crowd…

Although you younger guys will face a few more challenges (more on this later). 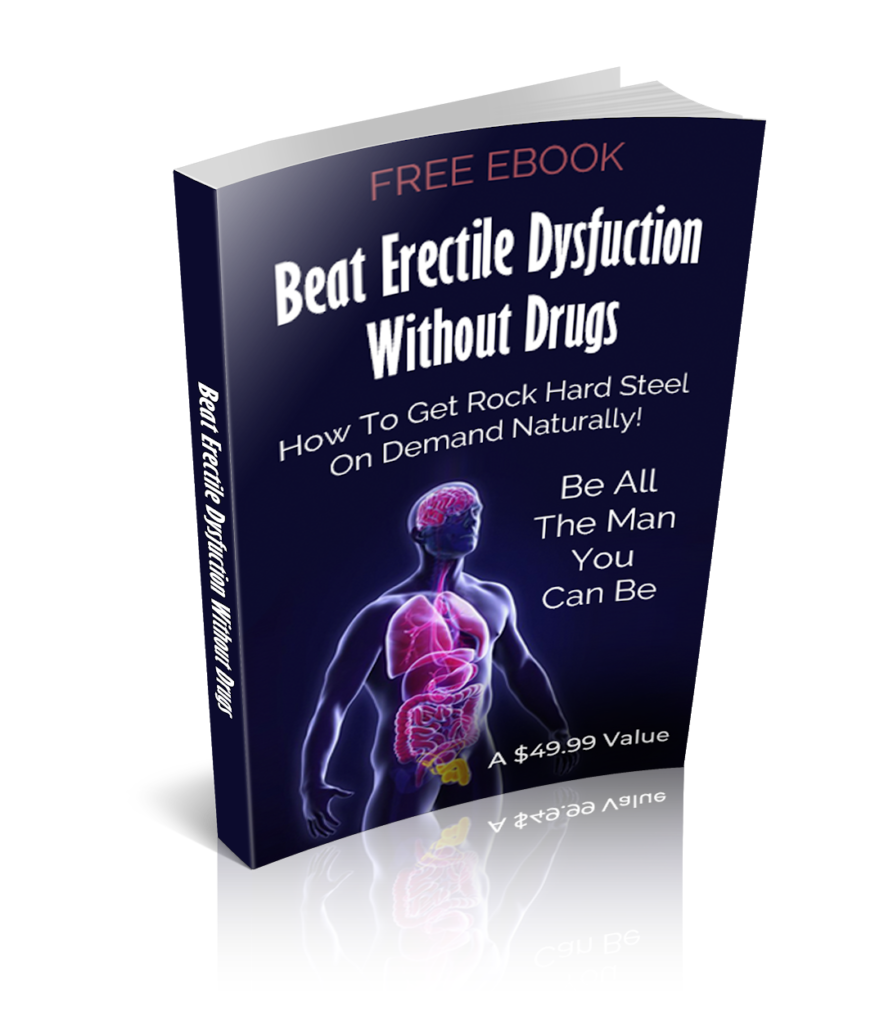 Inside you will learn:

Those of you enlightened enough to have connected with the NoFap crowd already know what you just read is 100 percent true (source).

If you fall into this camp…

Download this hard wood enhancement guide (on the house).

Then scroll down to the next section, where Jason outlines several more offensive moves you can use to take this thing to the next level.

But if you’re lacking morning wood, or lose your erection during the act, or have a hard time climaxing while using that wood….

You very likely have not been enlightened yet. So let’s fix that…

I’m not going to get into all the science behind why this works in this article, because I’ve already done that right here.

So let’s just lay down the 3 simple rules now:

1: Whenever you ejaculate, do so inside a vagina (not a tissue)

2: You can look at naked women, but only the woman with the vagina mentioned above

3: Stay with this thing until you wake up with rock hard morning wood.

That’s all there is to it.

But I do need to mention, if the vast majority of your “Sex” was executed while staring at an iPad, computer or smart phone….

Starting at the age of 20 or less…

Your recovery will take longer than us older dudes who were lucky to get our hands on a worn out copy of Playboy or Penthouse (source). Looking at the mild images in these soft core magazines is like sneaking one of dads beers and drinking it outside in the bushes.

But the stuff you younger guys have been using…

Is more like crack cocaine or heroine, and if you’re like many young dudes, you’ve been main-lining the stuff every day since you hit puberty.

And this addiction has changed your physiology…

So your recovery is going to take longer, depending on how hard, how graphic and how long you’ve been going at it.

But us older soft core dudes were gifted with excellent neurological Penis To Brain wiring as we moved through puberty, because we weren’t exposed to the hard stuff on a daily basis like this.

So our foundations were laid properly, our construction is much more solid.

Or put another way….

You younger guys can still pull this off, but you need to have the grit and determination to put the needle down and walk away until you recover.

It won’t be easy, but you need to ask yourself….

What would you rather have, another wanker session alone in the dark, or the ability to achieve harder erections naturally…..

Along with all the fun Male-On-Female things that happen when you put that erection to use?

I think we both know the answer to that question, so do the right thing. Your happiness depends on it.

Some days your boner is nothing but your friend.

It’s hard as steel, ready when you are, and keeps up the good fight well after your legs and back are getting a little tired.

Other days, it’s like he’s an office worker on a Friday afternoon. Performance is lackluster to say the least, and he seems inclined to go ahead and leave work early (if you know what I’m saying).

Every once in a while, that kind of performance is unavoidable.

But if it becomes a regular thing you may want to do something about it. Not only does it make sex less fun right now, it has the potential to make sex even less fun in the future.

One problem with lackluster erection performance is it can get into your head. What began as a simple physiological problem becomes psychological anxiety about the next time you need an erection.

The result can be even softer erections, or full-on erectile dysfunction.

Luckily, the physiology and anatomy of erections lets us know exactly what physical processes are responsible for how hard your erection is.

That means we have proven hacks for harder erections you can start using today, so your boner is on the case and ready the next time you need him.

As we already know, blood flow is the key physical mechanic in achieving and maintaining a good, hard erection.

Those Big Pharma drugs work via exploiting this mechanic, which is why it’s so dangerous to use them if you’re already on some kind of heart or blood pressure medication.

Folate (Vitamin B9 to some) keeps arterial plaque from forming by helping your body break down the fat and cholesterol that forms it. It can even help to eliminate deposits of arterial plaque that have already formed.

This increases blood flow, which in turn helps the physical processes of getting an erection work as smoothly as possible (source).

It’s one of the simplest ways to get harder erections naturally, since all you have to do is put a few foods into heavier rotation in your weekly menu plan.

Foods high in Folate include:

You can also get it done with a multivitamin, but seriously what’s the point? The foods in that list are delicious and good for you, so simply eat more of them.

Erections depend on dopamine, a hormone your brain releases when you’re sexually excited.

Detecting that hormone is one of the ways your body knows to begin the physical process that make you hard, and eventually make you orgasm.

Jelqing is a term (similar to edging, but not with a partner and not for sexual pleasure) for stretching and exercising your penis without reaching climax.

Your body produces some dopamine to begin the process of getting hard, but it floods your system with dopamine when you ejaculate, which is quickly followed by a surge of libido killing prolactin after the climax (source).

This is why we avoid the climax.

Jelqing three times each week, for no more than ten minutes at a time, actually boosts your production of dopamine and other sex hormones and your sensitivity to them resulting in harder erections naturally and without the help of drugs.

If you’re going to flog your little sailor (and let’s face it, we’re all going to), flog him smart. I mean, you lift weights for more than 10 minutes, three times a week, so women will want to get into bed with you?

This is just another exercise routine.

Ignore the claims that jelqing will also give you a huge member in a matter of days, as enlargement takes a lot of commitment and time.

Those saying otherwise are making scientifically unsubstantiated claims, and are backed by people who want to sell you something.

Jelqing will lead to enlargement over many weeks and months and it can absolutely help you get harder erections naturally, as long as you don’t overdo it.

A study by Italian scientists, recently published in the journal Urology, found the amino acid L-citrulline produced harder erections naturally in a group of two dozen test subjects with a mean age of 57 (source).

All participants in the study had reported issues with achieving and maintaining erections, and all reported improvement after a course of oral L-citrulline supplements.

Conclusion: L-citrulline helps keep boners hard. The reason is similar to how Viagra works (and how Folate helps you achieve harder erections).

As it turns out, watermelon is among the foods richest in L-citrulline.

Eating more can directly impact your sexual health, while drinking watermelon juice regularly delivers the dose in the simplest and most effective way possible (source).

It’s also worth noting that watermelon juice is refreshing, so hydrating with it before and after sex isn’t the worst idea in the world.

You can make your own buy running watermelon flesh through your blender, or you can make it with a dedicated juicer, which is your best option.

Don’t panic. If your act in the bedroom has more flop than you’re used to, it’s likely due to a handful of simple, fixable physiological situations.

Apply one or more of these hacks for harder erections naturally and you’ll be good to go.

The important thing is to do something about it, preferably without resorting to those side-effect laden little blue pills.

If you don’t, you run the risk of having even softer erections in the future, or developing a serious ED problem.

Remember: anxiety is your enemy when it comes to getting harder erections naturally, and action is the best antidote. 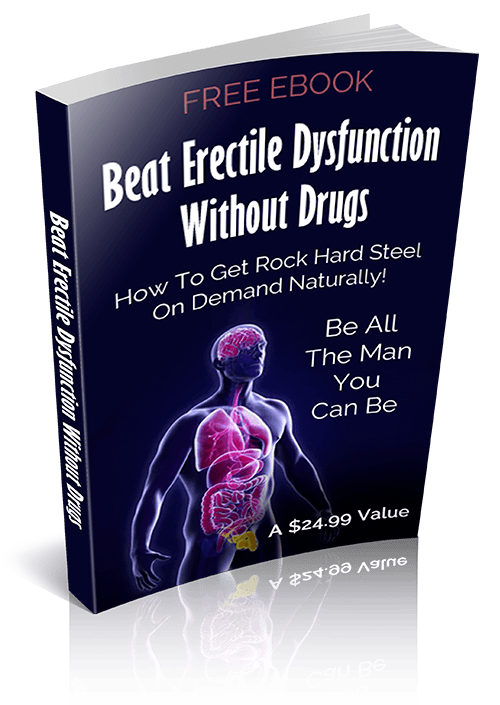 I hate SPAM too and I will respect your privacy.

Two weeks in and I am now able to maintain an erection until completion of the act.

I cannot thank you enough for everything you’ve done for me. 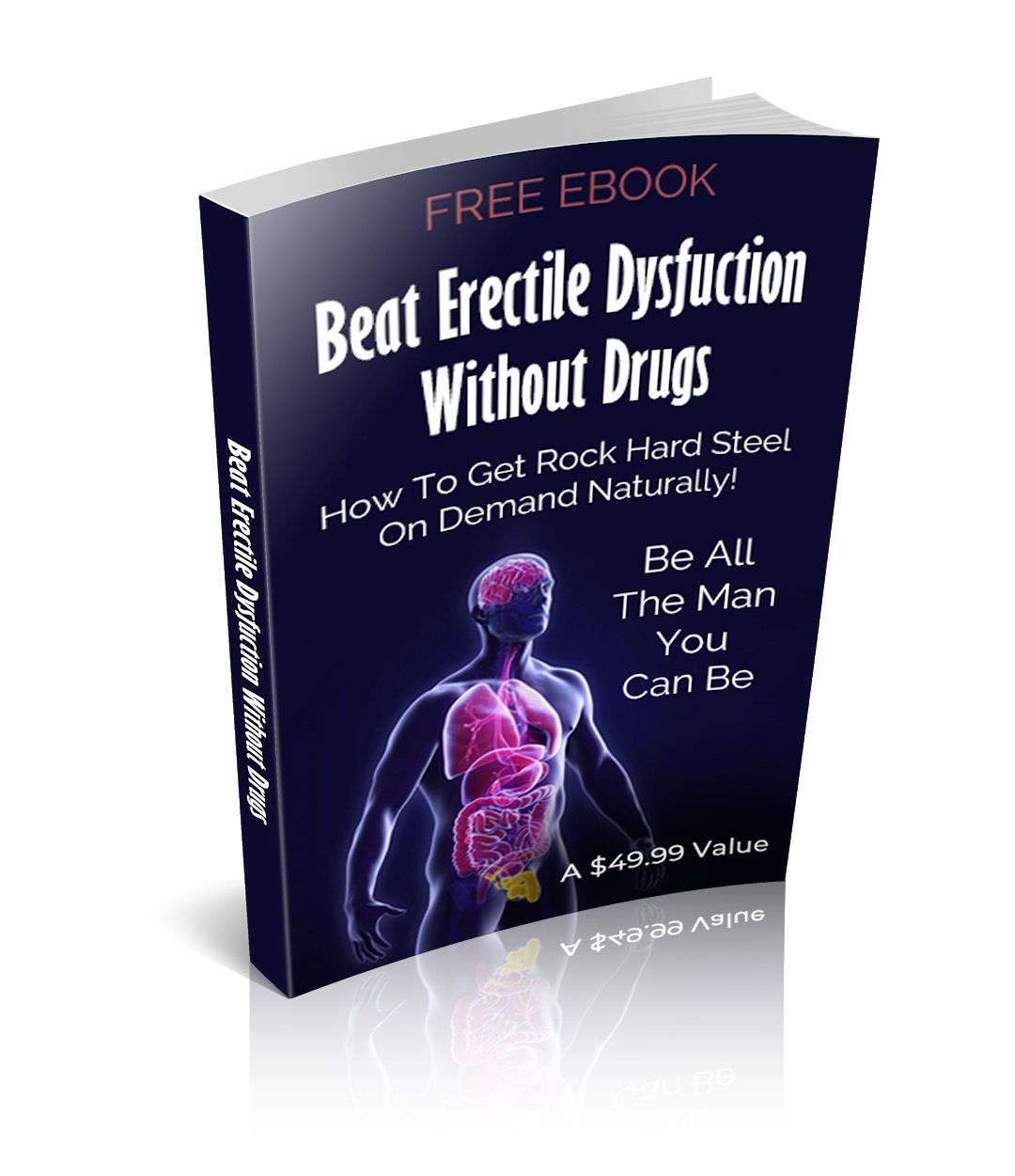 The last 3 mornings I’ve woken up with Morning Wood.

Ship Me A Hard Copy

Free Shipping to US addresses.

Email Me The Free PDF

We are currently out of stock.

But we will email you as soon as we receive new stock and you can then decide to complete the checkout.


In the mean time, you get download the free PDF.

Two weeks in and I am now able to maintain an erection until completion of the act.

I cannot thank you enough for everything you’ve done for me.

The last 3 mornings I’ve woken up with Morning Wood.