Worried about coffee and erections?

Read on because I think you’re going to be pleased when you look at the science behind coffee consumption, erectile function and other health parameters.

And just as important, its positive impact on longevity, due to its ability to reduce death from heart disease, diabetes, suicide and even cancer.

So here’s the bottom line…

Its time to put this boogie man back into the bag because coffee extends life, brings on positive emotions and does good things for your hormones and your erections.

This is assuming of course that you don’t drink to the jitter threshold and you stop drinking coffee early enough in the day that it doesn’t impact sleep.

If you can follow these two simple rules, you can drink your joe with confidence, despite what all the hysterical health pundits have to say.

Now here’s Jason with the science and the details…

The worst news (at least for me) about learning how to beat erectile dysfunction is the part about having to drink less beer.

At first glance, the second worst news is some experts and pundits are also trying to say we shouldn’t drink coffee.

That’s a load of malarkey. Not only can you go ahead and drink your coffee, but drinking it can actually help the strength and quality of your erections.

Read on to learn why. 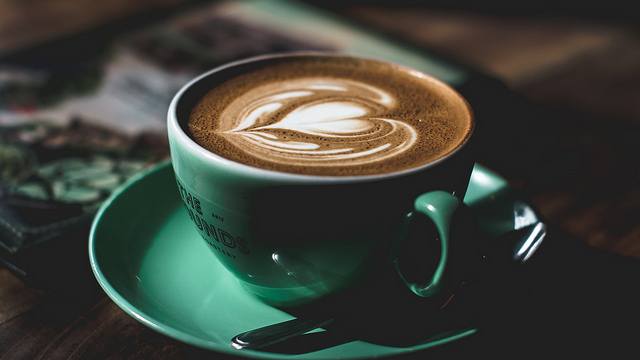 A lot of people think coffee makes anxiety and depression worse — which makes sense on the surface, because it’s a stimulant known to make us physically jittery, especially when used in excessive amounts.

But it turns out the opposite is true….

In a ten-year study of over 50,000 women, researchers at the Harvard School of Public Health split their subjects into three groups, based on how much caffeinated coffee they drank per day.

Conclusion: the more coffee people drank, the less risk they were at for depression and anxiety.

Research based on these findings figured out why….

Caffeine stimulates your body to produce more dopamine. Dopamine is the neurotransmitter responsible for feelings of love, happiness, and general wellbeing.

People with anxiety and depression symptoms often have low dopamine production. The caffeine inside coffee can fix that right up.

Type 2 diabetes is like a new plague: a disease hitting the population with increasing frequency and life-altering consequences.

Because diabetes messes with your hormones and blood flow, it can directly reduce your ability to achieve and maintain an erection. That’s before it makes you blind and costs you a foot.

Seriously, diabetes is bad news and you don’t want it. On the bright side, researchers in the past several years have found out coffee can beat back progression of the disease.

Silpa Bhupathiraju, again of the Harvard School of Public Health, analyzed the results from 28 studies with over one million participants, with follow-up information gathering ranging as long as 20 years (source).

This research happened in 2014, and so far science hasn’t found any strong conclusions about why coffee impacts insulin sensitivity. But it’s clear that the relationship is strong, and in favor of drinking coffee.

And I don’t mean it makes life worth living, so you want to live longer. Science actually found a strong link between drinking coffee and longer life.

A 2015 study looked at health and mortality information for over 200,000 subjects in three studies (source).

Compared to people who drank no coffee, people who consumed one to five cups of coffee each day had longer lifespans reliably, even when filtered out for other habits.

Further, they found drinking too much coffee (more than five cups a day) did not increase mortality rates above those who didn’t drink coffee at all.

The researchers then drilled down into the numbers, discovering that moderate coffee consumption specifically reduced the risks of deaths from cardiovascular disease, neurological diseases, and suicide.

Coffee would help fight ED just from beating back depression and lowering your risk of diabetes risk, but it also has effects on your body that directly improve your erectile quality.

Coffee Drinkers are Less Likely to Suffer From ED

Very recently, a study conducted at the University of Texas took 4,000 men and looked directly at the relationship between coffee consumption and erectile dysfunction.

They found what other studies had implied, but not investigated directly….

Splitting men into groups by how much coffee they drank, they found that men who had two or more cups of coffee each day were less likely to suffer from erection problems.

Men who drank less, and men who drank more, had approximately the same incidence of trouble “down under.”

Those results made it very clear that coffee, when consumed in moderation, improves erectile function (source).

But why? Earlier research points to a number of possible reasons.

This one may come as a surprise to many men, because too much coffee can contribute to heart palpitations, high blood pressure, and other heart problems.

But, it turns out, coffee in moderation is good for the old ticker.

In a study investigating which ingredient in coffee is most beneficial, Professor Masato Tsutsui of the University of the Ryukyus in Japan studied blood flow in a small group of men who drank caffeinated and decaffeinated coffee.

Those men who drank caffeinated coffee experienced a 30% Increase in blood flow for over an hour afterward.

The decaf drinkers enjoyed no such benefit.

Thirty percent is a lot. Just imagine getting a 30 percent raise, or increasing your weight by 30 percent, and you’ll see what I mean.

Better blood flow helps with your erections because of how erections physically happen.

Your penis gets hard because the tissues fill with blood in response to complex reactions in your brain and endocrine system.

With poor blood flow, the blood doesn’t rush down to your penis. It moseys. The result is slower, weaker erections or even no boner at all.

I already mentioned that coffee helps stave off depression by stimulating the production of dopamine.

But how do we know it does this?

Dr. Volkow at the Bethesda Medical Center in Maryland ran studies that proved it. (source).

Dr. Volkow tested the blood levels of dopamine in men before and after they took a 300-mg dose of caffeine, and compared them to men who took a placebo.

He took the blood tests at 30 minutes and two hours after the dosing. He found a direct correlation between consuming caffeine and elevated dopamine levels.

The study did not investigate the mechanism behind why this is so, but conclusively demonstrated that your body produces more dopamine when you consume caffeine…..like the caffeine found in regular coffee.

Dopamine is the brain chemical involved in risk and reward behavior….

It’s also a powerful erection booster because it’s the neurotransmitter that sends signals from your brain to your crotch whenever you become aroused.

That’s because too much fapping can make you develop a tolerance to dopamine which will rapidly soften and weaken your erections.

Since coffee boosts dopamine, it gives you more of one of the most important substances your body needs to achieve rock hard wood.

This is one of the best-proven aspects of the relationship between coffee/caffeine and erectile health. Numerous studies have found a positive link between the two.

If you’re not sure why testosterone is important to your erections, read this when you have a chance.

For now, just understand that testosterone is the hormone that drives most of your male gender traits, including the function of your wedding tackle.

Be careful about this one, though…

If you drink coffee, or otherwise consume caffeine too late in the day it will mess up your sleep patterns.

So keep your coffee in the before-lunch hours, with maybe a small cup during that two-in-the-afternoon slump.

In the oddly specific good news department, a 2005 study determined that coffee can help protect your liver from cancer, cirrhosis, and other diseases by up to 65 percent (source).

Like some of the other studies, they found that the more coffee you drink, the lower your risk — up to a max of 4 cups per day.

After 4 cups a day, your risk didn’t increase, but the protection leveled off.

A poorly functioning liver leads to a variety of serious hormonal imbalances. Since hormones drive most aspects of sexual function, any hormonal issue can lead to erectile dysfunction.

Worse, high estrogen is one of the most common of the imbalances caused by liver disease, as its the liver’s job to clear excess estrogen out of the body.

Estrogen puts downward pressure on testosterone, and too much can directly reduce your ability mix it up in the sack.

Gentlemen, you may officially lift your mugs with confidence. Saving your morning mood will not harm your morning wood.

And never go past your “jitter threshold” as the sleep problems and stress response caused by excess caffeine consumption can have a negative impact on your erections and your hormonal health.